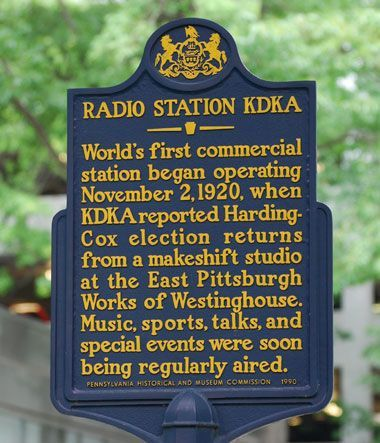 The first broadcast having been a success, KDKA headed into the new year.1921 was a year of firsts.

The commercial purpose of the station that is called the first commercial station was to sell radios, not laundry detergent or steak knives. Westinghouse needed content to promote the sale of radios. Public events in 1921, like the presidential election months earlier,became the source of that content.

A new market was created through the synergy of a product that needs content which in turn benefits from the product. That is how commercial broadcasting was born.

Here are the most significant KDKA “firsts” during 1921:

First broadcast of a sporting event: a 10-round, no decision fight between Johnny Ray and Johnny Dundee in Pittsburgh’s Motor Square Garden. 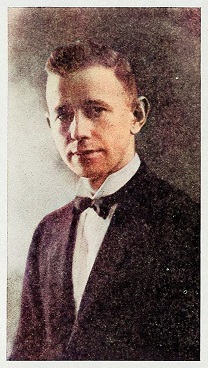 First broadcast of government market reports, which laid the groundwork for all future farm programs.

First radio play-by-play of a professional baseball game: the Pittsburgh Pirates 8-5 victory over the Philadelphia Phillies at Forbes Field.

While KDKA was building interest in its programming with what became historic firsts, another side of its legacy was in its formative stages: the development of shortwave broadcasting. In the first two decades of the 20th century, an erroneous understanding had taken hold:

In 1921, Frank Conrad and the amateur radio operators started to challenge this “settled science”.

QSL and certificate information for the November 2020 KDKA Centennial amateur radio special event can be found on the callsign pages on QRZ.com:


Harold Arlin was KDKA’s first broadcast announcer. He called play-by-play for the first professional baseball game radio broadcast on August 5, 1921 from Forbes Field. Many other “firsts” were made by KDKA in its first year of broadcasting.